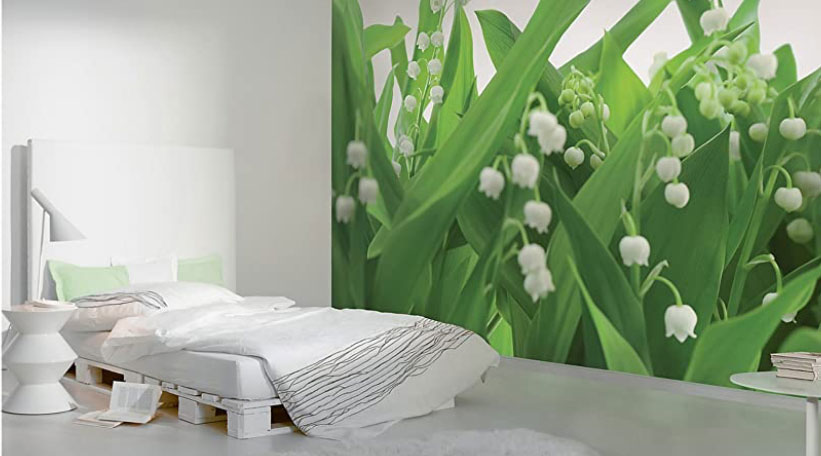 If you’re considering wallpaper for your home but are unimpressed with traditional patterns like florals, plaids and stripes, you’re in luck. Unconventional wallcovering patterns are trending! These statement-making patterns aren’t for everyone, but they work well in modern, contemporary and industrial-styled homes as well as in those whose owners simply want to break out from the mundane.

Animal-print wallcoverings have always been popular but currently arebeing recreated in new and interestingways. Sometimes they’re huge in proportion, with gigantic peacocks looking as though they’ve just ducked through the door, or monstrous gorillas peeking out from behind tropical florals. Other times,the designs are unusually styled, with cat silhouettes playing on anelegant background orcheetahsmarching in straight rows.

Often, the colors within these patternsarejust as untraditional as the animals themselves. An example is F. Schumacher& Co.’s “Faubourg”pattern from the Club Cavalier collection, which features sketches of prancing horses against colorful backgrounds of orange, brown or blue, depending on the colorway. These wallcoverings aren’t necessarily meant for children’s rooms— although some would work there as well—but are highly stylized to work in spaces that could use a little life.

Gardens, seasides, mountains, farmlands and other landscapes have graced the walls of homes throughout the centuries. Today is no different,except that trendinglandscapesare more modernly rendered. They often areminimalistic in design, with simple line drawings and suggestive colorations. A case in pointis Cole & Son’s “Woods and Pears”from The Contemporary Collection, which features a neutral palette of tree trunks and bare branches withhanging metallic pears. Or they can be highly intricate withsurprisingly deep colorations, like“Forest Lake Scenic” from York Wallcoverings’Tailored collection, a large-scale, lush pattern in thedeepestgreens, blues and browns.

Not all of landscape wallcoverings are painterly; some are photographic. Photographic murals in particular are on the rise in home décor. These, too, can be either minimalistic and monochromatic or busy and bursting with color. Additionally, severalinternet sitesallow you to upload your photos to create a customizedmural.(Just think of the possibilities with travel photos …)

New technologies have led to wallpapers that look amazinglythree-dimensional. Architectural wallpapers are among the most interesting in this category, mimicking wall recesses, crown molding, archways,ceiling medallions, bas reliefsand similar elements and looking so real that you have to touch them to be sure.

Geometrics and abstracts continue to be one of the hottest decorating looks on the market. The wildest of thesewallcovering designs havebright, bold orcomplex colors, airily arranged against backgrounds of a contrasting hue—or vice versa. Many also have metallic accents or 3D effects. Geometric patterns are perfect for mid-century modern decors, while abstracts work well in contemporary decors; however, you can find both in other statement-making homes, too, as well as in commercial design.

One last word on florals, plaids and stripes: These iconic patterns are not what they used to be. They often are larger in scale, come in trending or atypicalcolors (like charcoal florals or lime and peach stripes), havecontrastingbackgroundsand are sometimes a little “messy” in appearance. One of the best examples is“Lyre Paper” from Kravet Inc., a plaid wallpaper—well, sort of—in which every other block is formed by strokes of uneven vertical colors. The wallpaper comes inunusual colorways, too, such as “Fiery,” “Blushing” and “Lotus.”

These are just a few of the statement-making wallcoverings on the market. You’ll find many more at your local paint and decorating store, so let your imagination—like your wallcovering—run wild.