Coming Soon…To a Kid’s Room Near You 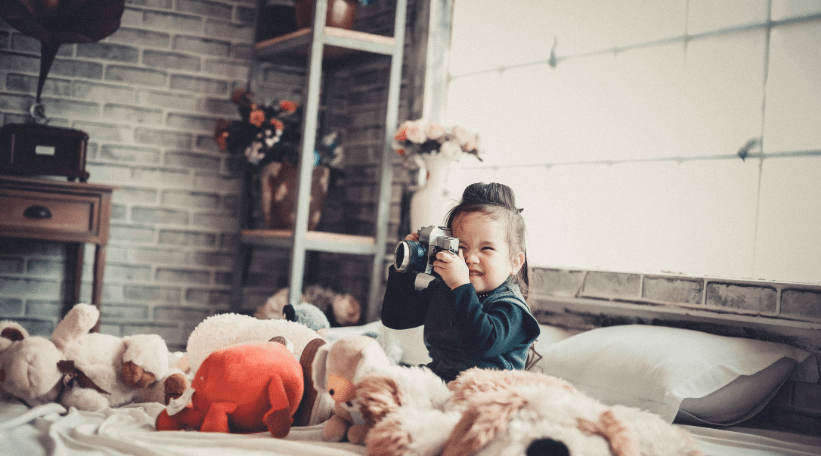 Kids relate to pop culture more than ever before—and they want their rooms to reflect that.

Who does your child want to be the star of his or her room? For your son, it could be the newest iteration of Spiderman—or perhaps he is a basketball fan who suddenly can talk about no one else but Steph Curry. For your daughter, seafaring Moana might still be all the rage—or more recently she might have transferred her allegiance to Elastigirl.

These days, kids show who they are by what they like. Home décor accessories abound in the favorite pop culture images that your children love so well. If your daughter is obsessed with the game Minecraft, chances are she’ll have a bedspread with the Minecraft pattern. If your son loves Pokémon, he may already be the proud owner of a Pikachu lamp that sits on his nightstand.

But beyond accessories, kids want to show their pop culture obsessions by decorating their walls, floors, windows and even their ceilings. Here are some ways you can help them decorate their rooms with the pop images that they love so well.

For decades, children’s wallpaper has been celebrating the pop culture figures that generations of tiny tots have enjoyed. Whether it’s Winnie-the-Pooh (Classic or Disneyfied), Mickey Mouse and friends, Marvel Comics superheroes, DC Comic superheroes, Barbie, the Disney Princesses, TV characters like SpongeBob SquarePants or video characters like Super Mario Bros, these pop culture icons have been offered on wallpaper, wallpaper borders or peel-and-stick wall decals over many decades.

If you have the budget and desire to provide custom décor for your little prince or princess, one way to achieve it is by hiring a muralist. The price for custom children’s wall murals typically start in the low four figures, so make sure your child’s interest in the subject of the mural is not just a passing phase.

The best muralists can provide you with photorealistic paintings—for instance, a classic superhero or football player who looks like he’s bursting through the wall; or alternatively, an underwater scene in which a giant whale or school of fish really look like they could make a circuit around the perimeter of the room.

Area rugs can add warmth and personality to a children’s room. Often there are area rugs that depict your child’s theme by directly using the characters or coordinating with the theme with compatible color schemes and patterns.

Children also might want something interesting to look at when they go to sleep, so the perfect place for that is the ceiling. You could try something classic like a cloud ceiling—there are plenty of instructional videos and websites that can tell you how to paint this—or you can hire a professional muralist to paint that for you. You also could use peel-and-stick, glow-in-the-dark planets and stars, which is a nice sight for your child before he or she drifts off to dreamland.

The paint colors you choose for your children’s rooms will largely be influenced by what else is going on with the décor. If your child loves Pokemon, for instance, then you’ll want a color that goes well with Pikachu yellow.

In general, colors that go well in children’s rooms are deep, dark neutrals—like dark grays or taupes—but bright colors like royal blues, cranberry reds and vibrant pinks provide a lively, energized environment that kids like. For younger kids, you might want to go with softer, more soothing colors such as soft pinks, baby blues and lime greens to give them a more restful environment.

Adding final details to your child’s décor is usually pretty easy. For pop culture figures, you’ll find plenty of plush toys, lamps, bedding, posters and figurines to complement their theme. For kids, sometimes it’s those details that matter most, so give them the opportunity to add the finishing touches that they want the most.